World Bank: clean energy is the solution to poverty, not coal

It is the development conundrum of our era. Extremely poor people cannot lift themselves out of poverty without access to reliable energy. More than a billion people live without power today, denying them opportunities as wide-ranging as running a business, providing light for their children to study, or even cooking meals with ease.

Ending poverty requires confronting climate change, which affects every nation and every person. The populations least able to adapt ' those that are the most poor and vulnerable ' will be hardest hit, rolling back decades of development work.

How do we achieve the dual goals of expanding energy production for those without power and drastically reducing emissions from sources such as coal that produce carbon dioxide, the primary contributor to climate change?

There is no single answer and we cannot ask poor communities to forego access to energy because the developed world has already put so much carbon pollution in the air.

An array of policies and programs backed with new technology and new thinking can ' if combined with political will and financial support ' help poor populations get the energy they need while accelerating a worldwide transition to zero net carbon emissions.

An end to fossil fuel subsidies

Such an approach depends on decoupling economic growth from carbon emissions. We have to keep economies growing to bring shared prosperity for all, but we also have to bring down greenhouse gas emissions.

We are seeing change: countries are shifting from fossil fuels to renewable forms of energy with massive new investments in well-known types of renewables, like hydropower, geothermal, solar and wind.

Between 2010 and 2012, the uptake of modern renewable energies grew by 4% globally. East Asia led the charge, representing 42% of new renewable energy generation.

In countries like Bangladesh and Mongolia small scale solar power is dramatically changing the lives of poor people, lighting up their homes with low-cost solar systems. As part of the government's sustainable development strategy, more than 3.5m solar homes systems have been installed in rural Bangladesh, creating 70,000 direct jobs.

Morocco is setting an example for the African continent. It has a renewable energy target of 42% of total electrical capacity by 2020, has recently established an agency dedicated to solar energy and is working to develop a 'super grid' that integrates solar power, wind power, hydropower and biomass.

Renewable energy investment in Morocco grew from $297m in 2012 to $1.8bn in 2013, due in part to reduced fossil fuel energy subsidies.

From an investment perspective, a global focus on low-carbon or carbon-free energy production also means that continuing to pollute will cost more. We're running out of room for how much carbon we can emit into our atmosphere, so every ton emitted is becoming more expensive.

There are now about 40 countries and more than 20 cities, states and provinces using or planning to use a price on carbon to bring down greenhouse gas emissions. Altogether, these initiatives are valued at almost $50bn.

Increasingly, we are hearing the voices of business calling for a price on carbon and investing in clean energy sources.

Green bonds are also on the rise. A new report shows the World Bank (IBRD) has issued 100 green bonds in 18 currencies, raising the equivalent of $8.4bn. The investments are targeting low carbon and climate resilient growth in countries. Two energy efficiency projects in China, supported by green bonds, are estimated to reduce 12.6m tons of carbon dioxide annually ' equivalent to taking 2.7m cars off the road each year.

We know the cost of inaction is much greater. We already face the certainty of rising oceans, shifting weather patterns and resulting human migrations, all with a toll of trillions of dollars and potentially hundreds of thousands of lives.

Developed and fast-developing governments need to make their economies and energy systems more efficient and wean themselves off the practices of the past. At the same time, we need to extend access to energy to the world's poorer populations and do so as cleanly as possible.

For the developing world, this moment represents an opportunity. The challenge is to build economies that are competitive without carbon. Let's keep our eyes on the prize. 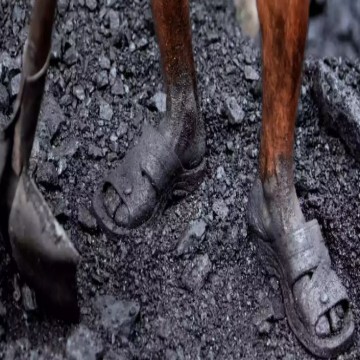