Hobbled on Energy, India Ponders a Multitude of Dams

As we noted here last week, over 600 million people lost power in India last summer, setting a modern record for the number of people affected by a blackout. Well before that, though, India’s government was grappling with growing pressure to increase the dependability of its electricity service — for the growing numbers who have intermittent power and the 400 million who live without it.

As a solution, the government proposed constructing 292 dams throughout the Indian Himalayas — roughly a dam every 20 miles. If completed, the 7,000- to 11,000-megawatt dams would double the country’s hydropower capacity and meet about 6 percent of the national energy needs projected for 2030 (based upon 8 percent annual growth of the nation’s domestic product). The dams, the reasoning goes, would provide electricity to needy people as well as offset carbon dioxide emissions from coal-fired power plants. 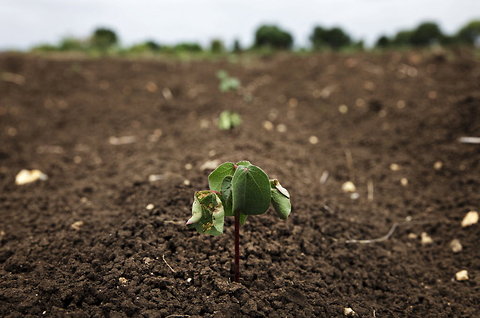 Scientists and citizens alike are crying foul, however, pointing out that the dams will probably displace millions and wreck ecosystems throughout the Himalayas.

No binding provisions are in place to ensure that displaced people receive adequate compensation and help with resettlement — and most of the projects are proceeding without adequate environmental impact surveys.

“The key issue is that there’s no requirement in India’s law to do cumulative impact assessments,” said R. Edward Grumbine, a senior international scientist at the Chinese Academy of Science’s Kunming Institute of Botany. Dr. Grumbine and his colleague, Mahara Pandit at the University of Delhi, wrote one of the first scientific papers discussing the dams, recently published in Science.

“We’re projecting into the future based on studies that are scarce and projects that haven’t begun yet,” Dr. Grumbine said. “No one in the scientific or policy communities would suggest that we have enough of an understanding of the situation to nail down specifics yet, but right now it doesn’t look good.”

For starters, impacts on species and ecosystems are likely to be significant. The dams are proposed in areas of the Himalayas that are rich in biodiversity. And their creation threatens to submerge over 130,000 acres of forest, which would probably push 22 plants and seven vertebrate groups into extinction by 2025, according to an estimate by Dr. Grumbine and Dr. Pandit that was published earlier this year in Conservation Biology.

“We’re basically talking about a train wreck, but we don’t have enough data to be precise about how many cars would be involved in that train wreck,” Dr. Grumbine said.

For the same reasons that researchers cannot easily calculate impacts on biodiversity, knowledge of the potential human costs is also lacking. The Indian government has not been hesitant about relocating its citizens: the country is second only to China in embracing the practice.

Estimates of the number of people already displaced by dams in past decades range from 16.4 million to 40 million.

Because India has not approached the subject of resettlement in a people-friendly way, Dr. Grumbine said, its citizens are organizing more powerful resistance movements against hydropower development, including protests and intense media coverage of the situation, although such efforts receive relatively little attention in the Western press.

How these dams may affect communities and ecosystems in neighboring downstream countries like Bangladesh and Pakistan is little discussed.

Climate change offers a further strike against the projects. By 2050, scientists predict, the water supply from the Brahmaputra and Indus — two major rivers among the 28 that would receive dams — will decrease by about 20 percent and 8 percent, respectively. Those reductions would in turn cut the rivers’ capacity to produce electricity, undermining the dams’ purpose.

Alternative options exist. As a result of poor grid transmission and energy theft, for example, India loses about 20 to 30 percent of the total power it generates annually — an amount that is greater than current hydropower production. If those losses could be reduced, the imperative for building more dams would lessen.

“India should pick the low-hanging fruit and create more efficiencies in their current delivery system,” Dr. Grumbine suggested. “By doing so, they wouldn’t have to build any dams or coal-fired power plants, at least for the next decade, which would buy the country some time.”

“The good news is that the dams are proposals; the vast majority are not under construction yet,” Dr. Grumbine added. “This Science paper will certainly stimulate further discussion within India and create more of an international awareness, but I’d be the last person to translate that into some political impact.”

An earlier version of this post misstated the amount of forestland that researchers say could be submerged in the Himalayas if proposed dams there are built. It is over 130,000 acres of forest, not 100 acres.