[CARTAGENA] The Global Multidimensional Poverty Index, which is a tool for measuring acute poverty, should be used to monitor compliance with the UN’s Sustainable Development Goals (SDGs), a conference has heard.

The index gathers information on education, health and living standards for 5.4 billion people from 110 developing countries and uses it to assess the scale and distribution of poverty. It is currently used in the UN’s annual Human development reports.

But it is also well suited to assess national performance on the SDGs, according to Sabina Alkire, the director of the Oxford Poverty & Human Development Initiative (OPHI), the UK research centre at the University of Oxford that produces the annual index.

Alkire told the Cartagena Data Festival in Colombia on 21 April that the traditional way of measuring extreme poverty — counting the number of people living on less than US$1.25 a day — is a poor way to evaluate how poverty affects individuals. “The risk is that many people devote too much time to understanding poverty and very little to reducing it,” she said.

The index could provide a multifaceted picture of national performance around the SDGs, which are being developed to replace the Millennium Development Goals after 2015, Alkire said.

Tatyana Orozco de la Cruz, the director of the Colombian government department in charge of combating extreme poverty in the country, echoed Alkire’s view. She said the index has become a crucial tool that her ministry uses to develop anti-poverty strategies.

De la Cruz said that when the Colombian government used the traditional extreme poverty threshold of US$1.25 a day, it found that government support had lifted 4.4 million people out of poverty. But applying the Multidimensional Poverty Index showed that only 3.4 million people had seen their lives improve with government help, indicating that it might offer a more realistic picture of peoples’ situations.

However, while the index provides more detail than conventional measurements, it may not solve all the problems around poverty data, said Mauricio Perfetti, who runs Colombia’s national statistics body. He pointed out that many politicians at the local level are not using any of these tools when they develop regional policies to tackle poverty.

The index also rarely covers poverty caused by migration due to war or climate change, said Patricia Hall, a statistician at the University of Minnesota in the United States. The challenge, she told SciDev.Net, is to use information and communications technology, as well as big data sets, to track and understand these “major forces associated with poverty”.

But beyond such shortcomings, using the index to measure SDG progress could force governments to think more carefully about data, said Roberto Angulo, a researcher at the OPHI.

“Once the index is being used, it becomes an inspiration for debugging microdata,” he said. “We believe it can be an engine of discipline for a country’s data management.” 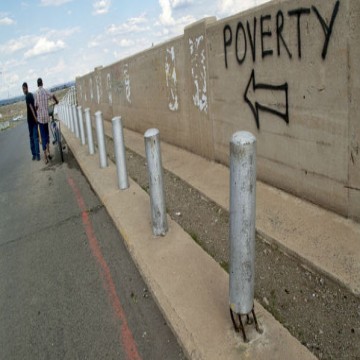