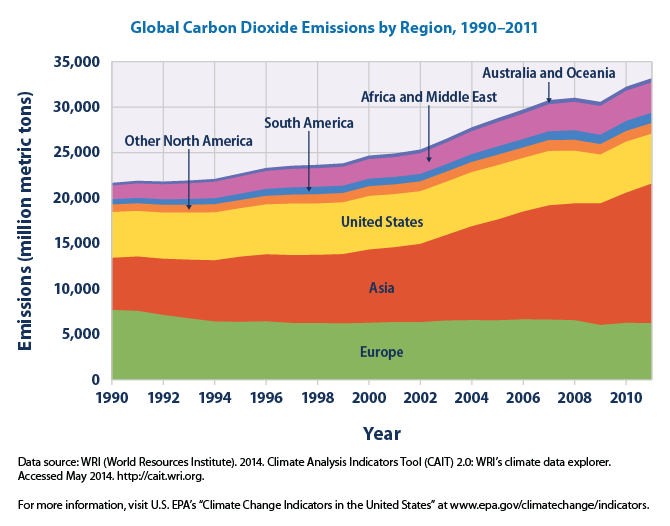 This figure depicts the significant growth in global carbon dioxide emissions from 1990 to 2011. Note that the largest absolute increase occurred in Asia, while Africa and the Middle East and South America also experienced large relative increases. An increase in carbon dioxide emissions for a region generally indicates population and/or economic growth for the respective region; we know that China and India, both located on the Asian continent, have experienced some of the highest population and economic growth trends in the past several decades.